Cooperative activities encourage critical thinking and enhance social skills, which can be a challenge for some of our learners. They also teach kids about teamwork and help them strengthen their “empathy” muscles.

Competitive activities, on the other hand, focus on winners and losers, and can cause a blow to the self-esteem of kids who aren't typically in the winner's circle.

Cooperative group activities and games offer an opportunity for diverse learners to show their strengths and foster an appreciation of diversity in all learners involved. They also strengthen the social context of the classroom, which reduces anxiety for diverse learners and all learners, for that matter. Stronger social connections improve learning outcomes. In an ideal world, friendships and feelings of belonging will blossom. 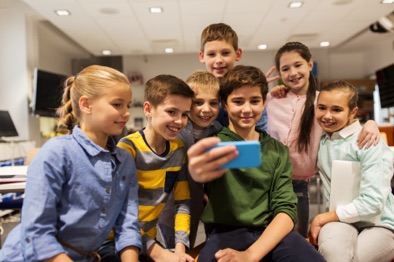 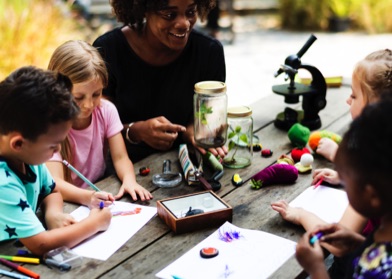 How Teachers Can Help Facilitate Successful Cooperative Group Activities. The most important thing teachers can do to facilitate positive outcomes to cooperative group activities is to set students up for success. We can design highly structured activities with clear objectives and goals. We can create a positive atmosphere in the classroom prior to breaking students out into groups and make sure students understand the concepts involved in advance. It's also important to double check we've given them all the materials they need in order to succeed. Obtuse end goals, unstructured steps and disorganized materials can lead to a feeling of unease that can lead to conflict. The following are some of my favorite Cooperative Group Activities...

I love this game because it's an ice breaker and fosters curiosity about others, which in turn nourishes empathy. It also helps kids on the spectrum understand the value of asking questions of another person in creating conversation. In the basic version, the teacher will hand out a worksheet with questions on it and the students have to find other students who exhibit the trait listed in the box (i.e. find someone who has good handwriting). When the student finds a person that satisfies the requirement of that box, they sign their sheet. The goal is to fill the sheet, or to make a bingo-like pattern (one row, a diagonol, etc). Questions can be academically oriented, but that fosters less empathy. In the future, I'm going to expand it so it also teaches students on the spectrum to explore finding commonality in conversation. 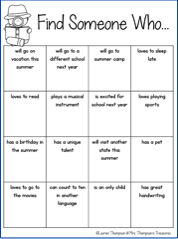 This is another good cooperative group activity for apprentice socializers because it starts as a one-on-one group activity, which can feel safer to a shy child and some diverse learners. The teacher poses a question and has each student share his or her answer with the person next to them. Seems simple enough, but then each pair needs to share their answers with another pair. Pairs Compare helps build listening skills and helps partners learn to take turns while talking to each other. It can also help students learn to represent each others' views, when that's set up as one of the parameters of the game. Can be combined with "find someone who" as an exploration of the concept of finding commonality in responses. At a certain point, the class is gathered to share their experiences with the group. 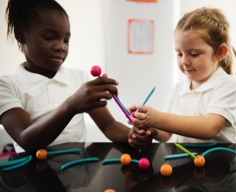 This game is fun when students are in a situation where they can actually drink some kind of beverage in class, like a special party celebrating the national holiday of the country of origin for a foreign language class. Otherwise, the holding of glasses can be "mimed" and the teacher can lead the class in a toast in the foreign language. It's an excellent way to improve conversation skills in a foreign language when the vocabulary learned that day supports the conversation (i.e. Where are you from? Where have you traveled? What's your favorite hobby?). I've also used this in writing classes to help students verbalize the "elevator pitch" of the book they want to write in a non-threatening environment. Students then rush to their seats, write down what they said. They can also repeat back what their partners said while the partners take notes.

Now for the "big leagues" where conversation and social interactions involve more than one-on-one conversation that's then expanded out into a group. Mystery Box starts with small groups receiving a box that contains several objects. It's excellent for Inquiry Based Learning, but is also a mini social laboratory for diverse learners to observe and model group dynamics.

A brilliant professor of mine used this activity in a social studies exercise that asked us questions like: "Does the box belong to a man or a woman? What age? What time period (past / present)? What geographic location?"

The items were a plastic bag, a corn husk doll, wire, and a serrated knife. As different groups presented their guesses, we all became slowly aware of our own cultural lensing. My group assumed it was a woman because of the doll, but the objects turned out to be materials boys in Mozambique use to make and sell toy cars. What's even more impressive, is that she made a video of the materials that we watched during an online class. The exercise was incredibly impactful. Other variations included having students reach their hands into a Mystery Box and use "touch" words to describe what they felt (as a writing exercise) or for the teacher to gather items that would belong to characters in a novel the class is reading. 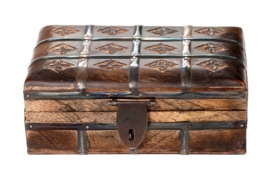 Students work in pairs on a poster discussing a particular topic. For convenience, the poster may consist of a large sticky sheet that will stick to the board or a wall. The posters are hung all around the classroom. Partner #1 walks around the room to look at the other posters and discuss them with their creators. Partner #2 stays with the poster to answer questions from the gallery walkers. Then the partners switch places. At the end, the class shares their impressions about the exercise and what they learned.

Cooperative Group Activities are part of a teaching strategy that involves non-competitive interactions between students. They have many benefits for all students, and they can be particularly helpful for students with learning differences.